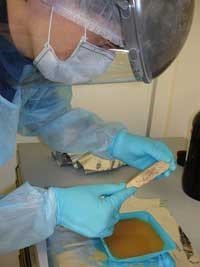 Researchers at the Max Planck Institute for Evolutionary Anthropology in Leipzig, Germany, published their analysis of an early human thigh bone found in Siberia in 2008. The find is the oldest modern human fossil discovered outside of the Africa–Near East region of the globe. Using carbon dating, the bone’s age was estimated at 45,000 years, and was that of an adult male. Researchers were surprised to find enough DNA still preserved in the bone to reconstruct the early human’s genome. Confirming prior theories of relationships between early Homo sapiens and Neanderthal groups, 2% of the reconstructed genome has been matched to the Neanderthal sequence, which has also been reconstructed by the Institute. Based on this genetic evidence, it is estimated that Neanderthals and modern humans shared a common ancestor about 60,000 years ago. Future analysis of ancient DNA may revise earlier theories of the how and when people moved out of Africa and across the globe.

News article on the study: http://www.nytimes.com/2014/10/23/science/research-humans-interbred-with-neanderthals.html?_r=0 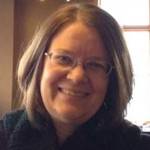