I have edited several thousand academic engineering and computer science papers over the years, and almost all of these papers are from English-as-a-second-language (ESL) authors. I notice that the same mistakes and difficulties come up over and over again. Based on this experience, I will be writing a series of blogs on how to overcome these common problems in order to produce a better and more compelling description of your work. These discussions will be heavily example oriented, since engineers love to learn by example. Many of these problems are not unique to ESL authors, and perhaps are just as common to native speakers. Hopefully, everyone will learn a new trick or two.

In this installment, we examine five problems that I very commonly see, and that are especially easy to understand and avoid:

There is worldwide confusion about these periods. I typically see “et al” and “et. al.”

Use et al. when citing three or more authors. Write the first (primary author) name followed by et al. For example, Hernandez et al. There is no need for a comma after the name. If there are only two authors, give both names and do not use et al.

There are two other common issues with the use of et al. First, “others”–alli–refers only to people, not things. So, do not use et al. at the end of a partial list of things.

Second, should et al. be italicized? As a general rule, in English, foreign words and abbreviations are italicized to emphasize that they are foreign. The exception is when a foreign word or abbreviation has reached a high level of common usage in English. Then, over time, the italics are dropped. In effect, the word becomes adopted by the English language. With et al., you see it treated both ways in journals–italicized and not italicized. Either way is fine, unless your journal’s author instructions state a preference. These days, I tend to see et al. not italicized more often.

In summary, the formula for et al. is as follows:

–Et al. literally means “and others.”

–There is only one period, after “al.”

–Et al. applies only to people, not things.

–Et al. can be italicized or not, unless your journal states a preference. However, you must be consistent throughout the paper.

— If there are three or more author names, use the primary author’s name followed by et al. If there are two authors, use both names only, and not et al.

And it’s not any more complicated than that!

One of the most common problems I see involves the use of units with their respective numbers. I often see this: 8.5567nm.

This is wrong. There should always be a space between the unit and its number, like this: 8.5567 nm.

This is wrong. Units should never be italicized.

Another thing I see often, and I don’t know why, is the placing of units inside of square brackets. For example, in a table heading, or next to a number:

(1) Do I use “l” or “L” for liter? The use of the capital letter L is widely preferred because a small letter “l” can be mistaken for other things.

(2) Do I use “sec” or “s” for “second”? I prefer “s” because it is shorter (journals love shorter), and it is a fundamental unit in the International System of Units (SI). You can never go wrong with “s.”

(3) In the name of clarity, the distinction between a kilogram of force and a kilogram of mass should be made, even if you think it is obvious from the context. For example, say kgf and kgm, or kgf and kgm. (Note: if you are operating strictly within the SI system, then kg refers to mass only, and the Newton is the unit of force. Therefore, if you say “kg” and mean force, there will be unnecessary confusion. In SI, if you are using Newtons for force, then “kg” is understood to mean mass, and further identification is not necessary.)

I often see a mixture of British spelling and American spelling in the same paper. This is wrong. Almost all technical journals accept either British or American spelling, but never a mixture of the two. (Once in a while I am asked to convert a paper to all-British spelling, but American English is pretty typically the standard for international journals.) These spelling mixture problems are common in papers with foreign authors because many non-native English speakers attended schools rooted in British influence. And, most technical papers have multiple authors, often four or five, so there can be a mixture of spellings. In any event, these papers must be revised to have either consistent English or consistent British spelling and usage.

Here is a very common problem that is easy to fix. I often see references given as follows (assuming that square brackets are used, which is the most common reference method):

The point here is that the reference you’ve cited is part of the sentence, and so it must be contained within the period as follows:

I often see phrases such as these:

“It is obvious from these results…”

It follows that you are a relative expert on the subject of your paper. The background of your reader is unknown. It is best to let the reader decide how easy, obvious, simple, or novel your work is. It may take considerable effort for the reader to reach your level of understanding. Therefore, these kinds of words are wasted space in your paper, and they risk making the reader feel inferior. Journals generally do not like this kind of fluffy language, and some even ban certain words (especially “new” and “novel”–anything that sounds like patent language or marketing hype).

Here are some better ways to say the same thing:

“It is obvious from these results…”

In your academic writing, try to sound reasonably humble and low key. Keep in mind that you are proposing (suggesting) something, and your readers–the academic community–will judge the merits of your work. 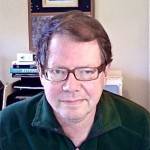