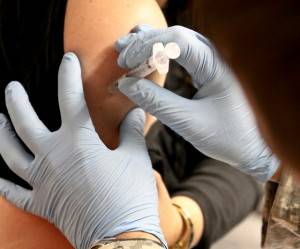 Recently, my kids heard the term “superbug” on the news and immediately conjured pictures and descriptions of evil super villains in the form of mutant insects who were on missions of vengeance toward some caped crusader. These cartoon-like images seem far-fetched, but if antibiotic-resistant bacteria keep thriving, these so-called “superbugs” could indeed wreak havoc on our society. Mass panic and hysteria may not be limited to residents of Gotham where villainous pests are concerned.

Antibiotic resistance has been brought back to the forefront of medical discussions lately, in part due to the recently publicized outbreak of an antibiotic-resistant form of bacteria at a California hospital. The hype offered to this event represented only a tiny fraction of the more than 2 million infections caused by antibiotic-resistant organisms each year.

Nearly twenty pathogens with some level of antibiotic resistance are defined as “threats” in the United States due to their incidence and impact on public health. Many of these strains are untreatable with current antibiotics, and many more strains are close to out-smarting our best and brightest antimicrobial agents. These bacteria are better and brighter, it seems, and they have been able to develop their own mechanisms for adapting to the drugs that were originally designed to kill them. Really, it’s a beautiful (if not haunting) survival-of-the-fittest scenario of which Darwin himself would be strangely proud. But, these bacteria do not live in isolated habitats where they can evolve in beauty, solitude, and simplicity; they live with us, in us, and on us. And, if we don’t figure out how to beat them, they will be the death of us. Many experts have warned of a coming “post-antibiotic era” in which we cannot combat what are sure to be increasingly virulent infections.

The most effective strategy against bacterial resistance is prevention. First, we must raise awareness and educate patients about the complications and consequences of inappropriate antibiotic use. Antibiotic use is the main driver of the development of resistance, and it is estimated that more than half of all antibiotics prescribed in this country are inappropriate or unnecessary. For example, antibiotics for viral upper respiratory infections account for nearly 75% of total antibiotic prescriptions each year. (Of course, antibiotics are not effective against viruses.) Infection control and prevention will also stop the spread of antibiotic-resistant bacteria. Hand-washing is the simplest and most effective infection prevention strategy.

Preventing and controlling antibiotic resistance requires input and support from many stakeholders and sectors. First and foremost, physicians need to stop prescribing ineffective and inappropriate antibiotics. Patients need to stop demanding antibiotics unless the precise pathogen is identified; the “treat early, treat often” mantra that has become the battle cry of patients must be removed from our medical vernacular. Pharmaceutical companies need to invest in the development of new antibiotics – something almost none has done lately. And – dare I say – the government might even need to step in and compel all interested parties to do their parts to fight “superbugs.” Working together, we can all be superheroes in the fight against malevolent microbes.

Primarily, the public will be looking to the healthcare community for leadership in this coming crisis. As a healthcare professional myself, I have long felt the urgency and intensity of this global threat, but it is time to step up our advocacy of safe and effective medication use. Antibiotics should not be our go-to solution for every sniffle, sneeze, and cough and we should make it our mission to educate the public that safety – not just of individual patients, but of the population at large – is of utmost importance when it comes to using the antibiotic therapies that we currently have available.