An Insider’s Foray into Scientific Publishing

An Insider’s Foray into Scientific Publishing

In 2002, I was nearing the end of a postdoctoral trainee fellowship in the Department of Molecular Biology at Baylor College of Medicine and considering options for my next step. I had always been interested in scientific communication, and although I interviewed at several journals, a move to the traditional center of academic publishing in the Northeastern United States was not a viable option for me at the time. I was then offered the opportunity by my mentor to head up the web and informatics arm of the Nuclear Receptor Signaling Atlas (NURSA), a National Institutes of Health-sponsored consortium whose goals, broadly speaking, were to generate high content datasets and distribute these freely via the Internet, with the ultimate aim of catalyzing research in the nuclear receptor community. The position with NURSA therefore offered me an opportunity to experiment with some ideas of my own that I had in the area of scientific communication that would not have been possible to pursue at a traditional journal.

I decided to take on the challenge, and with the help of a brilliant young application developer at a local Houston software company who later joined the NURSA team on a full time basis, the vision of a website for the consortium began to take place. I decided fairly early that, in addition to actually building the website, weaving it as tightly as possible into the existing scientific web infrastructure would be key to its visibility to scientists and, in turn to the long term success of the Consortium. One obvious solution, to me at least, was to publish our own electronic, peer-reviewed, freely-accessible journal, a concept that ticked a variety of boxes not only for the consortium, but for me personally. Publishing in the discipline of nuclear receptor biology at that time was dominated by a group of solid impact factor, broad spectrum biology journals – Journal of Biological Chemistry, Molecular and Cellular Biology, Proceedings of the National Academy of Sciences – and a group of endocrine-focused journals that included Molecular Endocrinology. I couldn’t help feeling though that in addition to these bigger players, the field was of a size and scope that warranted a journal that was dedicated to research on nuclear receptors. By publishing on the site high quality papers written by a global blend of seasoned investigators and younger, up-and-coming group leaders, I hoped to bring researchers to the site who, once there, would discover and explore other aspects of the website that they might not otherwise have been exposed to.

Finally, publishing a journal would give investigators not directly supported by the consortium the chance to contribute to and grow its “knowledge mine”, engendering a sense of connectedness between the consortium and the wider research community. The first version of the journal – which we named Nuclear Receptor Signaling (NRS) – was a little rudimentary in nature – manuscripts were exchanged with authors and reviewers as Word documents via e-mail, and the actual articles themselves I painstakingly created by hand using the content management system (CMS) that we had designed for static content on the wider NURSA website.

They say that bought wit is the best wit though, and with sufficient trial and error I grew to appreciate the utility of a text editor in stripping out the Microsoft Word code that can wreak havoc in a HTML page, not to mention the value of tables in keeping everything aligned and looking reasonably presentable. While convenient however, this iteration was unlikely to scale and as long as NRS articles existed only on the NURSA website, we would always be flying under the radar. My next entry will discuss our wrestling bouts with Microsoft Word plug-ins and XML, engaging terse National Library of Medicine support staff, and the magical day that the first NRS abstract appeared in PubMed. 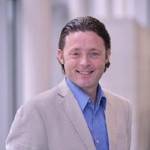