By Симилак (Own work) [CC BY-SA 3.0 (http://creativecommons.org/licenses/by-sa/3.0)], via Wikimedia Commons

Bans on the use bisphenol A (BPA) in the manufacture of plastic products intended for use by newborns, such as baby bottles, have been in place for a number of years. These bans were in response to links between BPA and negative health effects including obesity, defects in neurological development, disrupted endocrine function, and increased risk of certain types of cancer. This restricted use of BPA in plastics, and increasing public awareness of the potential hazards of BPA exposure, has created a demand for alternative hard and clear plastics that are BPA-free.

Researchers at the University of Texas have reported new evidence demonstrating that BPA-free thermoplastic resins are not necessarily free of estrogenic activity. In addition, they present evidence that estrogenic chemical release from these resins is accelerated by exposure to stresses that mimic those of typical household usage.

In this study, several thermoplastic resins were stressed to simulate the wear and tear experienced by plastics during typical use. These stresses included exposure to high heat, microwaves, or UV light. The resins were also extracted using a variety of different solvents including water, saline solution, and ethanol. The estrogenic activity of the extracts was then studied using two in vitro mammalian cell-based bioassays that are frequently used for investigating estrogen receptor-dependent action: a luciferase reporter gene assay using BG1Luc cells and a cellular proliferation assay using MCF-7 cells.

This research highlights the fact that the BPA-free resins investigated may release chemicals having estrogenic activity, particularly when these resins are stressed with heat or UV light. Another important finding was that the detection of estrogenic activity was sometimes dependent upon the extraction solvent used. Further research on the safety of BPA-free resins should continue to investigate both a wide variety of stresses and extraction methods.

The ten other types of thermoplastic resin investigated in this study did not show estrogenic activity under any of the conditions tested. This suggests that the manufacture of BPA-free plastics without the potential for estrogenic activity is possible with careful selection of the resins and additives used. 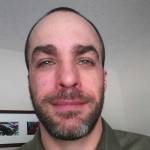