A 3D organ-specific human vascularized microenvironment model has been designed to allow for the visualization of cancer cell movement into and out of blood vessels to better understand the most deadly phase of cancer — metastasis.

Jeon and colleagues of MIT led the study and report their findings in the first issue of 2015, the 100th anniversary publication of the Proceedings of the National Academies of Sciences (Jeon, JS et al. PNAS 2015 112 (1) 214-219).

The design of a microfluidic 3D model to analyze organ-specific human breast cancer cells in an in vitro setting allows for the visualization of cell extravasation (exit from blood vessels) into distinct tissue microenvironments mimicking one of the most common metastatic sites of the body, bone.

Metastasis is a biologically complex and multistep process. While circulatory patterns may influence specific locations of cancer cell dissemination, it is apparent that metastatic organ specificity is highly dependent on the cross-talk between specific cancer cells and biologically unique tissues. For over one hundred years, it has been appreciated that there are organ-specific patterns of metastasis whereby cells from the primary tumor of a particular organ are driven to establish new tumors in specific secondary tissues.

This idea, referred to as the “seed and soil” hypothesis, states that these preferential organ patterns of metastasis result from favorable interactions between metastatic tumor cells (the “seed”) and their organ microenvironment (the “soil”)1,2. For example, breast and prostate cancers very often metastasize to bone3 , and 70% of patients with advanced breast cancer exhibit skeletal metastases, contributing to high rates of morbidity and mortality4.Despite these known tendencies, the underlying biological mechanisms remain unclear. Because over 90% of cancer-related death is due to the metastatic stage5, novel means of studying this phase of disease are essential.

While in vivo models to study cancer cell extravasation exist (mouse, zebrafish), and are important for placing the biological question in a physiological context, these models do not allow for the ability to analyze highly specific interactions that occur between human cell types and structures. Alternatively, many in vitro models are available to investigate biological mechanisms, such as cell migration and invasiveness; however, they are often oversimplified, and do not allow for optimal investigation of complex cell–cell and cell–matrix interactions. Additionally, they have limited ability for microenvironmental perturbation and imaging applications.

The study by Jeon and colleagues employs the advantages of microfluidics to overcome some of the technical challenges of traditional assays6 in order to study cancer metastases under biochemically and biophysically relevant 3D microenvironmental conditions. Further, their approach has the crucial feature of high-resolution real-time imaging7. Building upon various microfluidic models previously used for the study of cancer biology, this group has focused their efforts on combining this approach with advances in angiogenesis and vasculogenesis modeling, a combination that has not previously been used to investigate the role of human organ-specific microenvironments.They describe extravasation of human metastatic breast cancer cells within a human microvascularized bone-mimicking microenvironment, resulting in a situation where breast cancer cells flow into, adhere to, and metastasize through microvascular networks.

The MIT researchers report significant differences in the rates of cellular extravasation and the permeability of the microvasculature in the bone-mimicking microenvironment compared with an uncondition or less specific microenvironmental setting. When they blocked the adenosine receptor on the cancer cells, higher extravasation rates were observed compared to control cells with functional receptors. This, not only, suggested a role for adenosine in reducing extravasation, but also supported the viability of their model to study these biological processes important in cancer metastasis.

This novel 3D model has provided researchers the opportunity to further investigate and understand the extravasation process of metastatic tumor cells. The microfluidic model allows for mimicking the organ’s microenvironment by allowing for the introduction of pro- or anti-metastatic signatures in combination with organ-specific vascular endothelia. The authors demonstrate the ability for this model to serve as a potential drug screening platform to identify highly tailored organ-specific therapeutics and better understand key molecular pathways involved in organ-specific metastases.

The continued improvement of 3D in vitro model systems, allows for the opportunity to carry out physiologically relevant investigations in a system that can serve as a bridge between animal studies and simple cell cultures. The goal is to utilize a controlled, organ-specific, physiological-like approach to foster more effective screening capabilities for tailored anticancer therapies in the context of personalized medicine. This, in turn, will allow for enhanced analysis of important molecular signaling pathways involved in cancer biology. 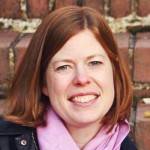