Science Says Coffee is Good for You

Home Science Says Coffee is Good for You 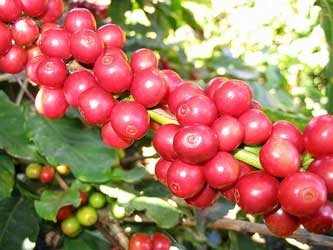 Coffee is Good for You

Coffee has been one of the world’s most popular beverages for centuries. The first coffeehouse was opened in Istanbul in 1554; and by the end of the 16th century, people in the Middle East, Africa, Europe, Indonesia, and the Americas were drinking coffee. Today, coffee is the second-most popular drink after water, and coffeehouses are ubiquitous worldwide. Moreover, coffee beans are second-most traded commodity in the world after oil.

The “Dangers” of Coffee

In spite of evidence to the contrary—many Americans think coffee drinking is a health-risk; others consider it a vice. These misperceptions have been attributed to poorly designed studies and puritan attitudes, respectively. There have been a plethora of studies conducted to establish the true risks and benefits of coffee. King Gustav III of Sweden, a man who thought coffee was  both unhealthy and immoral, conducted the first clinical trial of the effects of coffee on health in the 1750s. Unfortunately, he was assassinated (perhaps, by a coffee drinker) before the results were reported.

Although the results of the studies conducted to date have been inconsistent; it is now established that coffee drinking offers a degree of protection against liver disease, certain cancers, diabetes, Parkinson’s disease, dementia, tinnitus, tooth decay, and more. The link between coffee drinking and mortality has been unclear until very recently. Most cohort studies had not supported a positive association between coffee drinking and death; in fact, some found an inverse association. Moreover, there had been speculation that coffee could cause heart disease, because it had been incorrectly linked to increases in LDL and hypertension.  An NIH study conducted by Freedman and colleagues (2012) was the first to establish a link between coffee drinking and total and cause-specific mortality. This large, 13-year prospective observational trial used data gathered from 402,000 AARP members (50-71 years old; 57% men). Individuals with cancer, heart disease, and stroke were excluded from the sample. Study results showed inverse associations between coffee drinking and death from heart and respiratory disease, stroke, diabetes, and infections. These results were similar in non-smokers and in those in very good health at baseline. There was no significant association between coffee drinking and deaths from cancer in women, although there was a borderline association for men. Of the 13,000+ deaths from cancer, 6% were men who drank at least 6 cups of coffee daily.  Men who drank 2-3 cups a day had a 10% decrease in risk of death, and women had a 13% decrease. Additionally, men who drank 6 or more cups of coffee daily were 10% less likely to die during the study than men who did not drink coffee, and women were 15% less likely.

Now that we know coffee is good for us, we appear to be in danger of losing our supply.

There are more than 60 species of coffee tree; but only 2 dominate the world coffee trade.  Coffea canephora (Coffea robusta, Robusta coffee) is the most widespread species; but Coffea arabica (Arabica coffee) represents ~75% of commercial production. Brazil, Colombia, and Ethiopia are now the largest commercial growers of Arabica coffee.

The Arabica crops grown in the world’s coffee plantations have very limited genetic diversity; and, as such, they lack the flexibility to cope with climate change and other threats.  In contrast, wild (indigenous) Arabica populations are highly diverse in their ability to resist disease and pests and tolerate drought. Because the genetic diversity of wild Arabica is greater than that of the cultivated varieties used in crop production and held in germplasms; it has an intrinsic value as a genetic resource, and is important for the sustainability of the coffee industry.

The Coffea arabica grown on plantations is a climate sensitive species; and its productivity is closely linked to natural climate change.  Temperatures higher than 23°C can accelerate the ripening of fruit, which leads to loss of quality. Continuous exposure to temperatures as high as 30 C or below 17°C growth can suppress growth and cause abnormalities that limit crop success. Coffee farmers around the world are already being affected by increased warming. Global temperatures have increased an average of 0.74°C in the last 100 years and the increase appears to be accelerating. It is predicted that the average global temperatures will be between 1.8°C to 4°C by the end of the 21st century.

When a team of coffee scientists used climate modeling to predict how the locations where wild Arabica is grown might be affected by carbon emissions; the best-case outcome was a 65% reduction in suitable sites by 2080. The worst-case scenario was a 99.7% reduction by 2080. A number of experts think that indigenous populations of wild arabica might be the resource required to mitigate climate change and sustain Arabica production over the long term.

Coffee producers have been in need of an easy, objective method to identify adulterants for some time. A new test that can analyze the chemical composition of coffee with 95% accuracy has been invented by a team of scientists from the State University of Londrina in Brazil. The research team used high-performance anion-exchange chromatography in combination with pulsed amperometric detection to determine the carbohydrate content profiles of pure roasted coffee beans and adulterants, which allowed genuine coffee to be distinguished from fillers by principal component analysis. Their approach is based on the fact that filler ingredients have different sugar levels than the natural compounds in coffee, and they leave a distinct chromatographic fingerprint. For example, coffee is composed predominately of carbohydrates and has higher levels of galactose and mannose than fillers.

The ability to crack down on coffee counterfeiting is, no doubt, good news for Folgers and Interpol. And of course, none of us want the price of our morning coffee to become prohibitively high or to be replaced by a “coffee-like substance”.  However, the sustainability of the world coffee market will not be assured before the larger issues facing the world coffee trade are addressed. We should be asking what the future holds for the world coffee trade and the people who depend on it; and most importantly, what will happen to small coffee farmers and coffee workers who will be displaced by climate change?

If you would like to know more about the plight of coffee workers around the world, see Black Gold. This 2006 documentary film tells the story of an Ethiopian Coffee Union manager as he travels the world to get a better price for his workers’ coffee beans. https://www.youtube.com/user/blackgoldmoviedotcom 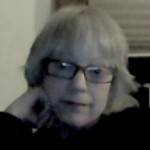