What do snakes have to do with cancer?

Home What do snakes have to do with cancer?

What do snakes have to do with cancer?…They can confuse it! Or at least their venom can.

Dr. Francis Markland and colleagues at the University of Southern California demonstrated in a multidisciplinary study that southern copperhead snake venom contains a disintegrin called contortrostatin, which inhibits tumor growth and metastasis of breast cancer. Disintegrins are soluble peptides. They block integrins from functioning. Integrins are cell surface proteins that mediate the interactions between cells, and between cells and their surroundings. Contortrostatin blocks several steps in tumor metastasis. It prevents cancer cells from making new blood vessels and stops bad cells from damaging healthy cells. Therefore, it is more potent than other agents that only block a single step.

In Markland’s study, mice were implanted with human breast cancer cells then treated with contortrostatin. No studies have yet been performed in humans. The research shows that in mice, breast cancer growth was inhibited by 70-80%, and cancer was kept from spreading to the lungs by 90%. Contortrostatin caused a 60% reduction in prostate cancer tumor volume, and it stopped the spread of brain tumors and ovarian cancer. So contortrostatin interferes with angiogenesis. Matt Ritter, who formerly worked with Markland, but currently works at the Scripps Research Institute, looked at how contortrostatin works. He found that it has two polypeptide chains held together by two covalent bonds. It was further investigated whether the chains run parallel with each other or in opposite directions. Integrins carry signals from outside to inside a cell, but contortrostatin bonds, running in opposite directions, can cause confusion and alter the migration of cancer cells.

Markland is looking forward to the day when contortrostatin can be tested in clinical trials. So let the confusion, of cancer cells that is, begin! It may save lives. 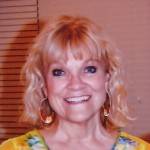