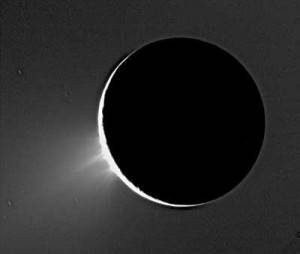 Further evidence of hydrogeothermal activity on Saturn’s icy moon Enceladus points to intriguing potential in the search for extraterrestrial life. Hsu and colleagues1 have interpreted microscopic silica particles emitted from Enceladus’ 40 km-high plumes as evidence of mineral-rich subsurface waters. These particulates are most known for contributing to Saturn’s E ring, alluding to the intensive energy required to generate them. Interestingly, the interface between the rock and flowing water deep below the icy crust may provide the perfect conditions to culminate life.

Wherever hydrothermal vents have been discovered on Earth, microbiology has thrived in vast form and diversity. Plumes emanating from these hot spots are considered potential vectors for microbial community dispersal2. We thus pose the question whether similar conditions on other worlds lead to similar outcomes.

This is not an entirely novel premise, for years researchers have considered the possibility that extremophiles, microbes able to withstand Earth’s most severe environmental conditions, could also inhabit similar spaces between a rock and a hard place on other celestial bodies. In particular, archaeal methanogens (anaerobic methane-producers) have received the limelight as they can dwell deep below salt-encrusted sediments, beyond the reach of sunlight3. Parallels in methane production on Mars have piqued interest among astrobiologists and terrestrial life-harboring, hypersaline environments allow us the opportunity to study these dynamics first-hand. 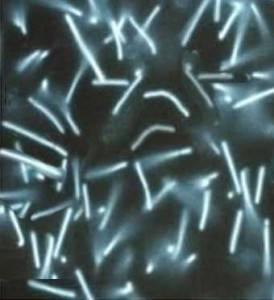 Ever closer to the cusp, only with more advanced datasets and honed-in science will we shed some light on the other dark-loving microbes potentially out there. 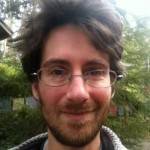