Dissonance in music explained as urge to move one note

Home Dissonance in music explained as urge to move one note 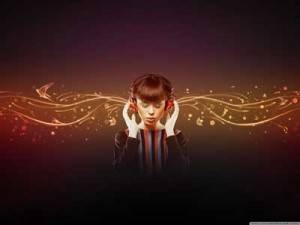 Dissonance in music explained as urge to move one note

Dissonance in classical music was explained by the chief music critic of the New York Times, Anthony Tommasini, in a recently published video on the New York Times website, as the urge to move a note away by one to move the sound perception from dissonance to consonance. Tommasini said the ear tells you that a note has to move either in or out by one note to resolve the dissonance and dissonant music demands resolution to harmony.

Dissonance (or disharmony) is defined as the perceived stability or instability of two or more sounds. Whereas consonance (or harmony) is perceptually defined as the stability of two or more sounds. Tommasini plays the piano in the video and gives numerous examples of famous musical works that employ the resolution of dissonance to consonance. He used Stravinsky’s The Rite of Spring as exemplary of music with a lot of dissonance and he used an example in a Bach piece where there is suspension of a note that then joins the other notes to produce harmony. When taking the viewer/listener through the musical examples he speaks of dissonance being thought of as horrid and tension-producing and harmony as blending and soothing. He speaks of consonance emancipating dissonance.

Tommasini explores and explains dissonance in perceptual terms in the video, however, considering how soundwaves are the physical stimuli for the perceptions of harmony and disharmony is very interesting as well. Within the last century, auditory scientists have studied sound perceptions that are either consonant or dissonant and have been able to relate these perceptions to the relation of the soundwave frequencies that produce these two qualities of sound perception. When two notes are perceived as consonant, the fundamental frequencies of the soundwave stimuli have an integer relationship; that is, one frequency is 1x, 2x or 3x etc. of the other, or one soundwave frequency will have a relationship of 1.5x, 2.5x or 3.5 times the frequency of the other. When the relationship between the soundwave frequencies is any other fraction, such as 5/6 or 2/3, the perception will be dissonant. This means that the human auditory system has evolved to calculate and pay attention to integer relationships among soundwaves. The relationship of the physical stimuli determines how we will perceive the sounds; that is, whether they will be harmonious or not.

While playing notes on a piano, Tommasini showed how dissonance could be described as the urge to play a piano key one note away to make the sound change from dissonant to consonant, and therefore sound more stable. For some unknown reason, stability in musical perceptions seems to have some kind of appeal to humans, which has been manifested in much of the music that humans have produced. 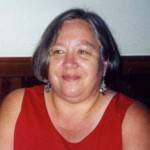