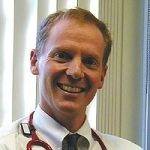 Physiology Editor Dr. Philip earned his BA in Molecular Biophysics and Biochemistry from Yale University in 1986. He entered the College of Physicians and Surgeons of Columbia University in that same year. While at Columbia, Dr. Philip took a four-year hiatus from his clinical studies to obtain a PhD from the Department of Physiology of the Columbia University Graduate School of Arts and Sciences in 1992. The focus of Dr. Philip’s thesis work was second-messenger regulation of hormone-mediated chloride channel function in secretory epithelial cells. This was an intense area of research because it was known at the time that the genetic disease cystic fibrosis based on a defect in epithelial chloride channel function. Soon after, it was demonstrated that the genetic defect in cystic fibrosis was indeed a chloride channel.

Dr. Philip practiced general pediatrics and pediatric pulmonary medicine in Massachusetts until retiring from clinical practice in 2014. Since that time, he has devoted his efforts to helping colleagues publish medical and scientific articles in the peer-reviewed literature.  As a Physiology Editor, Dr. Philip has edited thousands of articles and has assisted writing dozens more. His area of expertise is medical communications written by native speakers of Brazilian Portuguese.

To work with Physiology Editor Dr. Philip, please visit our quote page and request him in the description area.