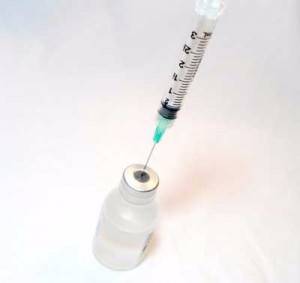 On February 28th, 1998, The Lancet published Ileal-Lymphoid-Nodular Hyperplasia, Non-Specific Colitis, and Pervasive Developmental Disorder in Children, an article whose lead investigator was Dr. Andrew Wakefield. The conclusion of his research was that the combined measles, mumps, and rubella vaccine (MMR)- more than the monovalent measles vaccine- was associated with the development of autism.

This article studied twelve children who had been referred to a pediatric gastroenterologist with a history of normal development followed by severe mental regressions. According to the authors, the families of eight out of those twelve children blamed the MMR vaccine for their autism, saying that the problems began within days of the shot. In addition, the article claims that the “uniformity” of the intestinal pathology seen in the children suggests a “real” connection between this pathology and autistic-spectrum disorders.

Later investigations by other researchers showed that the conditions described in the article were different from those in the children’s hospital records. Furthermore, although the paper claimed that the problems began within days of the shot, medical records show that this was only the case in one patient, while in many of the other children, health concerns began prior to vaccination. Finally, pathology reports showed that, in most cases, the children’s bowels were normal.
Since the publication of Dr. Wakefield’s controversial paper, over a dozen studies have been carried out to test his theories and none have been able to duplicate Dr. Wakefield’s findings. Children who have been vaccinated develop autism at the same rate as children who have not. A 2004 review of existing data since the infamous Lancet article concluded there was no causal link between autism and the MMR vaccine. Furthermore, a 2008 study conducted at Columbia University, Massachusetts General Hospital and the Centers for Disease Control found no relationship between the timing of the MMR vaccine and the development of GI disorders or autism.
Notwithstanding all the evidence denying Wakefield’s findings, their publication began an anti-vaccination wave that has changed the history of global health. Vaccine rates plummeted so that more than 2% of US children were not immunized against MMR in 2000, compared to less than 1% in 1998. As a consequence of this anti-vaccination epidemic, measles returned to countries where it had not been seen in years. England and Wales reported over one thousand cases of measles in 2008, compared to just over fifty in 1998. That same year, the United States saw over one hundred cases of the disease which the CDC had declared eradicated in 2000.

In 2004, long after several of the authors of the notorious Lancet article had retracted their contributions, the journal issued a partial retraction. This came after a revelation that Dr. Wakefield, the primary author of the article, had received payment from a lawyer who was suing the makers of the MMR vaccine. Six years later, on February 6th, 2010, following an investigation by the UK General Medical Council’s Fitness to Practise Panel, the Lancet formally retracted Dr. Wakefield’s 1998 article. Retractions are a rare occurrence in medical journalism and are usually due to fraud and/or plagiarism. In this case, it was due misleading study design, specifically non-random selection of the children who participated and lack of consent for some of the study procedures performed.
The investigation by the UK General Medical Council, which sparked this retraction, also led to Dr. Wakefield’s name being “erase[d] from the medical register” due to his “serious professional misconduct”. The Panel determined that Dr. Wakefield had behaved unethically in the following ways: at the time of the study, he was an Honorary Consultant, which prohibited him from being involved in the clinical care of patients; he received over £50,000 from lawyers involved in a law suit of the company that manufactured the MMR vaccine in question; he did not receive approval for all the procedures involved in the research study; he performed invasive procedures that were not clinically indicated; he portrayed the children as having been referred to him when he recruited them for the study; he held the patent on a new vaccine for measles; and he took blood from children at a birthday party and paid them £5.
The end result of Medical Council’s decision and The Lancet’s retraction was to discredit the qualifications and findings of Dr. Andrew Wakefield. However, the MMR/autism controversy has become part of medical history and many parents still choose not to give their children this vaccine, which would protect them from potentially fatal diseases.

Although it has now been unequivocally proven that Dr. Wakefield’s article failed to show a link between the MMR vaccine and onset of autism, it has not been proven that this link does not exist. In order to do this, the CDC would need to conduct studies where one group of children is vaccinated according to the recommended guidelines and one is not. These children would have to be followed for a number of years to determine whether both groups developed neurologic and immune system diseases at the same rate. Until then, we as parents have the responsibility to do the research ourselves and discuss options with our pediatricians in order to arrive at the best solution for our child. Just remember, when you are doing your research, just because you read it on the internet, doesn’t mean it’s true!