Love is an elusive concept with many interpretations, Raymond Carver reminds us in his short story What We Talk About When We Talk About Love. And so is, as I hope to illustrate in this blog post, translation.

Although everyone may have an opinion of what a translation is, not everyone understands the complexity involved in translating a text into another language.

Let’s start from the beginning: With the definition of the word.

According to the Merriam-Webster Dictionary, “Translation is a rendering from one language into another”.

A definition as good as any, but one that leaves us with another question: A rendering of what?

Some, those that swear by machine translation among them, seem to think that a translation is about words. To translate you only have to substitute the source word with the equivalent word in the target language. This is a simplistic idea, easy to disproof.

A word by word translation could lead to the following:

So maybe a word by word translation is not what “rendering” means. Why?

Because language is made of words, words arranged in sentences that transmit information. To render this information into another language, we must consider these three levels, the words, the context of these words in the sentence, and the meaning that sentence must convey to the reader.

A translator must not translate a sentence word by word but understand its meaning and then reconfigure that abstract thought into a sentence a native speaker of the target language would use when in the same situation that originated the source one.

Because I can’t give examples of a a real Spanish to English translation, as I cannot assume everyone speaks Spanish, I will explain my point with a picture…

When I say “Pulpo a la gallega”, this is the image that comes to my mind: 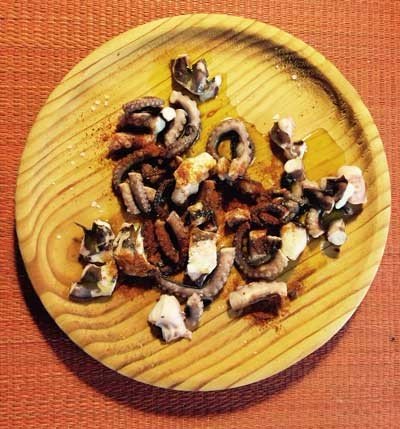 Together with the adjective “delicious”.

As there is not a name for this dish in English, how do I translate “Pulpo a la gallega” into English?

If I am translating a cook book, and this is one of the dishes included followed by a recipe of how to prepare it, an appropriate translation could be “Octopus Galician style”.

But if I am telling an American friend what I had for lunch, saying I ate “boiled octopus with olive oil, salt, and paprika” would express my meaning better than just to name the dish.

In another context, if I want to convey to an American reader the feelings of delight this dish evokes on me because it reminds me of having dinner with my family in Galicia, I may have to mention a totally different dish. A person who grew up in the States would probably have a negative reaction to the idea of eating octopus. I may have to mention instead a turkey dinner with all the trimmings a la Norman Rockwell.

In summary, we have three different translations for “Pulpo a la gallega”:

From: Graciousness at Grandma’s: Good Manners Never Go Out of Style …www.littlerockfamily.com

All of them correct on their specific context.

Like love, translation is, indeed, a complex endeavor. There is not one but multiple translations for any specific text. A translation does not depend only on the words of the source language and their context, but also on the intended target audience. That why it’s so important, before starting a project, to understand what the clients want, who is their audience, or, in other words, what they’re talking about when they talk about translation. 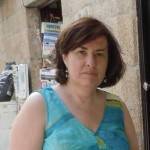