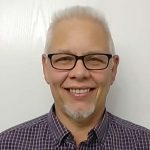 Mr. Steve K. is a grant manager, proposal development specialist and post award manager with over twelve years of experience. He has worked within a medical research institute as well as a large, comprehensive research hospital. Steve has also worked not only as a pre- and post-award grant manager within institutions of higher education but also as a cradle-to-grave grant manager and has worked with small private universities as well as Tier One institutions.

Steve has worked with Principal Investigators from many arenas of research to include epidemiology, global health, mycobacterial, pharmacokinetics, engineering, biomedical, medicine, to world renowned researchers in the areas of diabetes, metabolism, exercise physiology and genomics. As a grant manager, he has managed, in a cradle-to-grave capacity, more than $25 million in research funding.

Steve has additionally worked on proposal development for NIH R01, R03, R21, R24, as well as having worked on large P30 proposals with numerous subaward institutions involved. He has also been involved with P01, U01, and U48 proposals. At the same time, he has provided both post-award grant management and compliance management for the same types of funding mechanisms as well as both NIH and Department of Defense contracts.

Steve’s experience in post-award grant management includes, subaward contracting, both FDP and non-FDP templates, monitoring and maintaining thorough records on all subaward invoicing processes, formatting of the new NIH Other Support template and use of ScienCV for the development of NSF Biosketches and Current and Pending Support forms. He has also assisted in the development of revised budgets for initial award reductions and for continuation years, as well as assisted in the completion of annual reports for numerous funding agencies. As a post-award grant manager, Steve has been involved in the review of expenditures on more than sixty projects to determine the allowability, allocability and reasonableness of all costs. He has also assisted PIs in determining the monthly expenditures on awards as well as determining their burn rate which assisted them in determining total unobligated funds at the end of the award.

To work with ScienceDocs Pre Award and Post Award Grant Manager Mr. Steve K., please visit our quote page and request him in the description area.