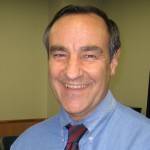 Tom Lang, MA, is Principal of Tom Lang Communications and Training International.  Formerly Manager of Medical Editing Services at the Cleveland Clinic, he also worked at the New England Cochrane and Evidence-Based Practice Centers at Tufts University/New England Medical Center. He is known internationally as a lecturer, trainer, and educator in medical writing, scientific publications, and written communication.

His first book, How to Report Statistics in Medicine, is an established reference in evidence-based medicine and medical writing. His most recent book, How to Write, Publish, and Present in the Health Sciences, was selected by the Society of Technical Communication as one of the top 100 technical communications books of 1991-2012. He has taught on the University of Chicago’s Medical Writing and Editing Certificate Program since its inception in 1998, teaches regularly in Asia, and has led more than 200 workshops for the American Medical Writers Association in the past 35 years.

With Doug Altman, he developed the SAMPL Guidelines for reporting statistical analyses in biomedical journals, which is listed as a Key Reporting Guideline on the EQUATOR-NEWORK.ORG website. He also participated in the CONSORT, MOOSE, and PRISMA reporting standards groups and is currently helping to develop reporting guidelines for pilot and feasibility studies trials.

He is the recipient of the American Medical Writers Association’s 2011 Eric W. Martin Award for Excellence in Medical Writing; the 2002 Harold Swanberg Distinguished Service Award for Outstanding Contributions to Medical Communications, and the 1994 Golden Apple Award for Outstanding Workshop Leader. He also received the American Statistical Association’s 2002 Excellence in Continuing Education Award and the University of Chicago’s Graham School of General Studies First Excellence in Teaching Award for Professional Programs in 2005.

To read posts by Mr. Lang

Have a look at Mr. Lang’s books on Amazon!