Marijuana: The Mechanism Behind the Munchies

Home Marijuana: The Mechanism Behind the Munchies 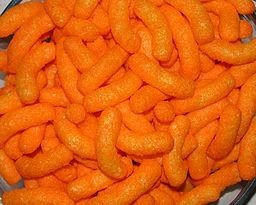 The idea that smoking marijuana sometimes leads to “the munchies” has been a long-accepted phenomenon.  However, it has been unclear exactly why marijuana use leads to increased appetite.  A paper published on February 18th in Nature provides an answer, and also brings up a number of new questions. Tamas Horvath’s group made a novel discovery regarding the impact of cannabinoids on the hypothalamic pro-opiomelanocortin (POMC) neurons, which were previously known to help signal satiety.  The POMC neurons were already known to release a hormone that suppressed hunger, a-melanocyte-stimulating hormone (a-MSH), but the new report demonstrates that exposure to cannabinoids leads to the production of a different hormone, b-endorphin, which stimulates appetite.

The authors of the study were examining the effects of a cannabinoid mimic, arachyidonyl-2’-chloroethylamine (ACEA), which leads to overeating in mice.  Given the known functions of the POMC, they were surprised to find that these neurons were activated by ACEA. Their subsequent cell culture studies led to the discovery that the POMC produced b-endorphin, rather than a-MSH, following stimulation of the cannabinoid receptor, CB1R, with ACEA. These neurons were required for the pro-appetite effects of the cannabinoid mimic.

It is of interest that b-endorphin and a-MSH are different cleavage products originating from the same gene, pro-opiomelanocortin (Pomc). Thus, it is logical that there might be differential cleavage in response to specific signals. However, additional studies by the group have indicated that the secretory vesicles in the POMC neurons contain only a-MSH or b-endorphin, so the cells may already produce only one hormone, and may be differentially activated to lead to the secretion of a specific hormone based on the physiological setting.  However, why the neurons produce only one of the peptides is unclear, and the precise circumstances required for the secretion of each peptide will need to be determined in future studies.

The investigators also demonstrated that ACEA treatment increased the expression of a mitochondrial protein that regulates feeding and the hypothalamic mitochondrial activity (UCP2), and showed that this protein is required for the ACEA-induced b-endorphin secretion by POMC neurons and the subsequent overeating behavior in mice.  However, how UCP2 is involved in the cleavage, packaging and/or secretion of the hormones is unclear.

The findings of this study by Koch, et al. are particularly relevant due to the increasing decriminalization of marijuana use. Moreover, the information about the effects of the cannabinoid receptor on appetite are also fascinating given the current obesity epidemic in the U.S., potentially providing clues to why some individuals become morbidly obese while other do not (perhaps due to differences in endogenous cannabinoid activity), and also suggesting potentially useful “therapeutic” targets for obesity.  In addition, a better understanding of the impact of cannabinoids on appetite may help to improve anti-nausea/pro-appetite treatments for patients undergoing chemotherapy or with eating disorders.

Deng B. Marijuana flips appetite switch in brain. Sudden attacks of ‘the munchies’ are triggered by a change in the hormone released by neurons. February 18, 2015. http://www.nature.com/news/marijuana-flips-appetite-switch-in-brain-1.16957