Microbiota and Obesity: All in Your Gut?

Home Microbiota and Obesity: All in Your Gut?

Microbiota and Obesity: All in Your Gut?

In the current obesity epidemic that is affecting most developed nations, researchers have been trying to come up with plausible contributors. The explanations range from a genetic and epigenetic changes, psychological and behavioral differences in obese individuals, and changes in the microbiome.

This last potential explanation has been especially intriguing to researchers over the past few years as the mapping of the human microbiome was just starting to take place. The human microbiome consists of 1013 to 1014 microorganisms1, and the microbial community even differs between identical twins because external factors such as food and medication alter the microbiome2.

Several alterations in gut microbiota have been shown in obese humans and animals, including a lower proportion of the phyla Bacteriodetes3, and the bacterium Akkermansia muciniphila4. Weight loss diets increased the proportion of Bacteriodetes in obese individuals, and administering Akkermansia muciniphila to high-fat diet-induced obese mice reduced their obesity and metabolic disorders, further indicating the link between microbiota communities in the gut and regulation of metabolism. 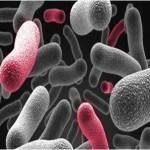 However, a recent study has suggested that even the possible influences of microbiota on obesity are not “all in your gut.” A group of new studies (reviewed in Alcock et al, 2014) suggests that the microbiota may affect eating behaviors through a variety of mechanisms5. The nutrients that bacteria thrive on vary among bacterial species, and the respective preferences of these bacteria may dictate what you crave by releasing signaling molecules into the gut. In fact, one study6 showed that individuals who craved chocolate had different microbial metabolites in their urine than individuals who were indifferent to chocolate, even though both groups of individuals consumed identical diets. These findings may suggest a seemingly unlikely explanation for chocolate cravings!

Furthermore, germ-free mice had altered expression of taste receptors for fat and sugar in their intestines, and gut microbes may promote excessive eating by producing adrenergic neurochemicals that activate the vagus nerve. Furthermore, microbes may also produce chemicals that are analogs of hormones involved in regulating satiety, and may even interfere with appetite regulation indirectly by triggering the production. 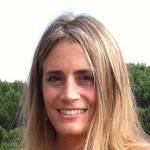