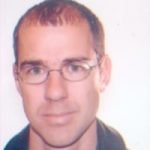 
Physics Editor Dr. Brett has been with ScienceDocs since 2009.  He graduated from the University of California at Santa Barbara in 1995 where he worked with Pr. Alan Heeger (Nobel Prize in chemistry, 2000) on the ultrafast photophysics of conjugated polymers. After graduation he spent two years in France working at the Laboratory of Applied Optics (LOA), where he applied nonlinear optical methods and ultrafast spectroscopy to the study of optical processes in organic and inorganic semiconductors. In addition, he began his editing career at the LOA as the in-house editor for English-language articles. He later moved to Los Alamos National Laboratory to work on ultrafast holography and on the photophysics of charge-transfer systems involving C60, nanocrystals, and self-assembled polymer matrices. In addition to his research, Dr. Brett  continued his editing services with the LOA and taught physics and mathematics at the University of New Mexico.

Since 2001, Dr. Brett has lived in France and worked in fields ranging from x-ray optics to photocells to electromagnetic furtivity. After earning his MBA in Technology Management from the Grenoble Graduate School of Business in 2004, he has worked as a science editor and writer. Dr. Brett also teaches at the Université Joseph Fourier and works as a technology and business consultant in Grenoble, France.

To work with Physics Editor Dr. Brett, please visit our quote page and request him in the description area.