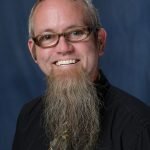 NIH R01 Grant Writer Dr. Morgan is an extensively experienced grant proposal and manuscript writer and editor. Over the past 25 years, he has been in Psychology, Physiology, Pharmacology, and Psychiatry departments. As a graduate student at the University of North Carolina – Chapel Hill, his career as a grant editor began. He wrote a pre-doctoral grant which was funded by the National Institutes of Health (an individual National Research Scholarship Award), and went on to receive a Ph.D. in Experimental and Biological Psychology (renamed Behavioral Neuroscience) in 1998. As a post-doctoral fellow at Wake Forest University School of Medicine, he obtained pilot grants through an NIH-funded Center Grant (P50 mechanism), and contributed to the renewal of the Center and R01 grants. Following obtaining a K01 award from NIH, he moved into a faculty position at Wake Forest University.

In 2005, Dr. Morgan moved to the Department of Psychiatry at the University of Florida, and became associated with the departments of Neuroscience, Psychology, and Aging. Most grant-funded research during this time was in the context of a large medications development team, allowing multi-disciplinary, team-based science. This research program spanned levels of analysis from synthetic chemistry and molecular/computational modeling, to molecular pharmacology and mutagenesis studies, to behavioral pharmacological studies in a variety of animal models of psychiatric disorders (e.g. schizophrenia, depression) with a focus on addiction (in vivo pharmacology, drug abuse liability testing, and testing of potential pharmacotherapies). These studies were primarily funded through university-based “opportunity” grants and NIH R01 grants from the National Institute on Drug Abuse and the National Institute on Mental Health.

Over the past decade, Dr. Morgan’s scientific interests have expanded into additional areas of study and expertise including “aging, pain, and opioids”, “gut microbiome influence on neurochemistry and behavior”, “biomarkers and behavioral consequences of traumatic brain injury”, “pharmacological attenuation of age-related physiological decline, and muscle and fat physiology”, and “central-peripheral mechanisms of obesity”. These projects have been funded through several mechanisms including pilot grants, VA Merit Awards, NIH R21s and R01s, and contractual work with a pharmaceutical company.

This grant writing and funding has been accompanied by 75+ peer-reviewed manuscripts in leading specialized and more generalized journals. Dr. Morgan serves on editorial boards and as a manuscript reviewer for numerous journals (nearly 100 reviews for 30 journals since 2005). He has a history of reviewing grants for local Centers, the Veterans Administration, Department of Defense, and the National Institutes of Health. His scientific work has been acknowledged in the wider scientific community through awards and honors such as the Levitt Best Dissertation in Psychopharmacology and Drug Abuse Award and the Wyeth Young Psychopharmacologist Award from the American Psychological Association, being chosen as the B.F. Skinner Lecture Series seminar speaker for the Association for Behavior Analysis, and participating as a Kavli Fellow at the Frontiers of Science Symposium held by the National Academy of Sciences.

In the end, Dr. Morgan loves to write and edit scientific documents and to help communicate complex scientific ideas to a broad array of audiences through the written (grants, scientific reports, and review articles) and spoken word (conference talks, lectures, group leader for journal clubs). He is routinely asked by collaborators and colleagues to give their grants and papers the “last look” before submission as a copy editor and proofreader. He would thoroughly enjoy working with you on your next project, and is always open to diving into new areas of science.

To work with NIH R01 grant writer Dr. Morgan, please visit our quote page and request him in the description area.