Science and the Heavy Hand of History

Home Science and the Heavy Hand of History

SCIENCE AND THE HEAVY HAND OF HISTORY

I am an avid history buff. If science hadn’t caught me so young, I might have gone into history instead. As it is, science is my career and history my favorite hobby. Naturally, there are times when the two meet in unexpected ways.

I think it was in 2007 I attended a fascinating seminar where history and science met in a particularly striking way. At the time I was an Associate Research Scientist at the NYU School of Medicine. The NYU School of Medicine has many excellent seminars. One of them is the annual Menek Goldstein memorial lecture in Psychiatry. Menek Goldstein, who died in 1997, was a renowned researcher studying Parkinson’s Disease. He died with his boots on in that he died at his computer while writing a grant proposal. Perhaps the only better way for a Principal Investigator to go is dying while opening the letter telling you your grant was funded! Dr. Goldstein had been born in Poland in 1924. Most of his family died in the Holocaust and he was lucky to survive the concentration camps.

In 2007, Eric Kandel, a Nobel Prize winner, was the speaker at the Menek Goldstein memorial lecture in Psychiatry, and a damned good speaker at that. Dr. Kandel works on memory and learning, focusing on the sea slug nervous system. At the time of the talk he had recently published his popular book In Search of Memory: The Emergence of a New Science of Mind. Dr. Kandel was born in Austria, 1929. His family were lucky. Most of them escaped Europe in 1939 before the worst occurred.

Eric Kandel’s lecture was introduced by Eric Simon, an NYU professor who specializes in opioid receptors and addiction. What caught my attention separate from the excellent science was that all three of the scientists highlighted, Menek Goldstein (being honored by the lecture), Eric Simon (who introduced Eric Kandel) and Eric Kandel himself (the speaker) all had experienced the Holocaust first hand. If I got the stories straight, Menek Goldstein lived through the concentration camps while Eric Simon and Eric Kandel both lived through Kristalnacht but escaped before the full force of Nazism could hit them. Three such distinguished and famous scientists, all Jews targeted by the Nazis for extermination, all survived to old age, and one won the Nobel Prize. Meanwhile, most of those Nazis who targeted them for extermination are now dead and/or despised, becoming one of the political schoolyard taunts thrown around by left and right to describe those they don’t like, and admired by almost no one except a handful of outcasts. If these three survivors of Nazism have accomplished so much, one wonders what might have been accomplished if more had survived. As it is, nearly 11 million were brutally murdered in a tyrannical nightmare and the contributions to the world they could have provided died with them. 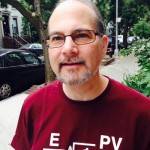