To Patent or Not To Patent: Are Natural Products Off the Table?

Home To Patent or Not To Patent: Are Natural Products Off the Table?

To Patent or Not To Patent: Are Natural Products Off the Table?

You’re a biochemist at a university isolating natural products from marine microorganisms, and you think you’ve found the next great chemotherapeutic. You’ve patented similar compounds in the past, but your university’s patent lawyers tell you this time is different. What gives?

On March 4th of this year, the U.S. Patent and Trademark Office (USPTO) issued a new and controversial Guidance (http://www.uspto.gov/patents/law/exam/myriad-mayo_guidance.pdf) based primarily on a June 2013 Supreme Court ruling that rejected a patent filing by Myriad Genetics of Salt Lake City, Utah. Myriad’s patent involved isolated DNA sequences linked to breast cancer, and the court ruled that such products are natural and therefore not patentable. Most scientists agreed that this was a just and fair ruling, given that a patent granted in this case would have heavily restricted the use of certain DNA sequences in testing for breast cancer—an outcome that could have had negative impacts for human health.

However, the new Guidance issued largely as a result of the Myriad ruling expanded what the USPTO considers judicial exceptions (non-patentables) to include the broader term, “natural products.”

According to the new Guidance, “If the claim recites or involves a judicial exception, such as a law of nature/natural principle or natural phenomenon… and/or something that appears to be a natural product (e.g., a citrus fruit, uranium metal, nucleic acid, protein, etc.), then the claim only qualifies as eligible subject matter if the claim as a whole recites something significantly different than the judicial exception itself.”

No longer will the often tedious and expensive processes of isolating, purifying, or even synthesizing a natural product afford patent eligibility. The Guidance adds that “Myriad also clarified that not every change to a product will result in a marked difference, and that the mere recitation of particular words (e.g., isolated) in the claims does not automatically confer eligibility.” So what is significantly different? Does a substituent or side chain make a compound significantly different from the original natural product? 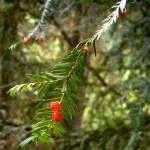 For me, an academic attempting to file my first patent through my university, this distinction is an important one. My own patent directly involves a natural product for some of the most obvious reasons: enhanced sustainability and affordability of an already-existing product that currently uses synthetic (or at least non-organic) materials. Modification of a natural product just for the sake of creating a new “significantly different” product could result in increased production time and costs, and possibly reduced performance. And it would certainly limit the renewable nature of the natural product.

For practical financial reasons, my university is not willing to challenge the rejection of a potential patent in court—and any attempt to patent my particular natural product alone would most certainly be rejected under the current Guidance. But as a member of the academic community, my career requires that I publish (or perish, as the saying goes). I don’t have a year or two to twiddle my thumbs and wait while the new guidelines are debated in court by companies with far more available cash than me or my employers. I need to produce.

According to my university’s patent lawyers, I can currently patent a use for my product, but not the product itself. So I can make claims on a device that utilizes my product. But if I patent a device now, could a future patent by a swift-moving company simply circumvent my own, if the scope of the ruling is narrowed or retracted outright? Given the relatively new-to-the-U.S. “first to file” system, should I consider preparing a separate patent more typical of the pre-Myriad ruling days, to be filed immediately if and when the current Guidance subject matter eligibility requirements change? It’s obvious that there is a considerable amount at stake; albeit much less so for me, whose career aspirations don’t necessarily depend on patenting a single natural product, than for a university or company whose patents are assets.

The Guidance does at least attempt to explain what a “significantly different” compound might be as compared to an original natural product. Apropos to my own particular conundrum, I gravitated toward the second of the six listed “factors that weigh toward eligibility”:

So I could patent my natural product as long as I restrict the scope of my claim. But again, this is difficult to interpret, and claim scopes will probably need to be defined on a case-by-case basis, thus introducing an extra expense (of at least time if not also money) and the potential for subjectivity.

Admittedly, there are some ridiculous patents out there that utilize natural products—patents have been granted in the last decade that apply broad plant extracts for a given use without even specifying a particular compound. One can see where there may be a need for increased stringency. Still, I’m far from convinced that it was reasonable to apply the Myriad ruling, which focused only on isolated DNA, to an entire host of natural compounds and biologics. What about Takamine’s adrenaline, Waksman’s streptomycin, and, for better or for worse, genetically modified microorganisms like the landmark case of Chakrabarty’s Pseudomonas putida?

One might wonder what the current Guidance means for the discovery and implementation of new antibiotics, chemotherapeutics, vaccines, and more. While most members of the scientific community will agree that large pharmaceutical companies have a general tendency to prioritize monetary gains over human health, it can’t be denied that such companies still provide the world with important treatments and therapies, many of which are based heavily on natural products. Will the inability to patent natural biologics for pharmaceutical purposes deter companies from continuing to promote such products on the general market? A survey published in June of this year by Bloomberg BNA in Maryland showed that 40% of the approximately 1,000 patents filed since April 2011 that included judicial exceptions under the Guidance were rejected. Big Pharma certainly isn’t happy.

Still, many patented biologics are modifications of a natural product to begin with (whether or not they are “significantly different” from the original natural product is not a practical issue for patents granted prior to the ruling). Perhaps companies will simply be forced to cleverly modify new compounds and other biologics from their original forms—not an unusual occurrence even prior to the Myriad ruling, if only to enhance the efficacy of a given drug or maintain a foothold in a market when an initial patent expires. But this ruling will still undoubtedly hinder universities along with small companies whose natural products-based patents are an important asset. In any case, we won’t know much until we see a contentious example in the courts—which is bound to happen sooner rather than later. 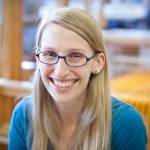