Are we worried about wasting time as we age?

Home Are we worried about wasting time as we age?

Common thought leads us to believe that as we age, we learn what is important and we make wiser decisions.  Common thought also leads us to believe that as we reach older adulthood, we lose mental faculties that help us in making decisions, especially those that require a large cognitive load.  In fact, we are often encouraged to designate ahead of time, in the case that we are no longer able to do so for ourselves, someone to make our financial, legal, and medical decisions for us.  For all intents and purposes, this is wise advice.  Even without considering age, we could become debilitated in a car accident or have a major health incident such as a stroke or heart attack that leaves us unable to make decisions for ourselves.

However, aging does not always mean that we lose our cognitive functioning, especially in cases of normal development across the lifespan.  And it definitely does not always mean that we lose our ability to make decisions.  Within the field of psychology and behavioral economics, a particular area of decision-making research is focused on biases associated with making decisions, for example, the sunk-cost fallacy.  The sunk-cost fallacy is the tendency to make decisions based on previous investments (such as time or money) rather than by considering the future outcomes or benefits of a decision1.  A classic example of this phenomenon is continuing to watch a movie you hate simply because you don’t want to “waste” the money you’ve spent to either rent or go see the movie in the theater.  Or finishing a book you are having a difficult time enjoying because you paid money to buy the book.

Research has also shown that younger adults have a tendency to justify their sunk-cost decisions based on their previous investment3,6.  That is, when asked to justify their everyday decisions, they tended to explain that they don’t want to waste their time or money that has already been spent, so they would continue with an unfavorable situation, despite the fact that they cannot recover this time or money.  What is even more interesting is what older adults say when they are asked why they would not continue with a situation in which they have already invested time or money: they want to enjoy themselves, they want to have fun.  Could older adults be more positive than younger adults by focusing on creating the optimal experience for themselves rather than focusing on what has already been lost?  Research has demonstrated that older adults do tend to strive to optimize their current experience7, even if that means getting up and leaving in the middle of a movie.  This optimization of current experiences by older adults is called the positivity effect8 and might be why older adults are less likely than younger adults to dwell on their past investments and continue on with less desirable situations.  So the next time you’re in the middle of that book you don’t like, or you’re sitting in a movie you don’t like, think about what you’ll gain from that experience.  If it isn’t much in the way of enjoyment for activities that are supposed to be so, maybe you should rethink that decision. 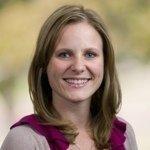