5 Common Mistakes to Avoid when Writing a Discussion

When editing a manuscript, the section that is typically the most problematic is the discussion. The purpose of the discussion is to review the study findings in light of the published literature and draw conclusions from the data. In addition, the discussion should be used to support the implications of the authors’ findings and convincingly showcase the novelty of the study.  While rarely is one manuscript affected by all of these errors, the following are the most common areas in need of improvement.

“Consistent with our present findings, Troger et al. also reported upregulated levels of cytokine A over the baseline values at 24 h.”

Another common issue encountered regarding the discussion is the length of this section. The length of the discussion should fit with the type of article and maximum word count permitted for the journal. For example, the discussion of a case report will be much shorter than that of an original article which describes six figures. However, the discussion should not be an in-depth review of the literature, but rather a discussion of the findings as they relate to published studies. A good rule of thumb is to aim for approximately 1500 words. When a discussion is too long, the reader often loses sight of the main message of the study. Therefore, to keep the reader engaged and provide a convincing argument, an attempt should be made to be as concise as possible.

Another common error is the cited literature throughout the discussion. Citation quality is important because it is used to support the results presented in the manuscript. When information is not cited, or unreliable/dated sources are referenced, the authors’ conclusions from the data become less convincing. The authors should ensure that the citations are from the most recently published literature, and not reports from over 20 years prior. Attention should also be paid to the journal requirements, as some journals will require that a certain percentage of the references must be published within the past 5 to 10 years. Authors should also ensure that the references are from top tier journals to adequately support the findings of the present study. Another common error is a lack of proper citations. This occurs when the findings obtained from outside sources are not cited at all or inconsistently referenced. It is important to note that all statements containing data from external sources should be properly referenced and specific to maximize the impact. For example:

“Thompson et al. [4] found that there was an increase in the level of cytokine A following influenza infection.”

Mistake #4: The study limitations are not discussed

One of the most frequently neglected aspects of a discussion is the mention of the study limitations. While it is understandable that the flaws in the experimental design and data are not factors that most authors wish to highlight, this section is required by most journals and should be stated. A recommended strategy is to discuss the limitations in such a way that provides justification for why they are acceptable. For example, if the study included only a small number of participants, you may wish to describe this limitation in the context of why so few subjects were available. For example:

“One limitation of the present study is the small sample size. While the inclusion of few patients prohibits the extrapolation of our findings to the general population, disease X is extremely rare, and this study presents data from the largest number of subjects to date.”

An effective conclusion is one of the most important aspects of the entire manuscript as this is the final impression that the reader has after reading the study. The most common errors made in the concluding remarks are that the significance and implications of the study are not stated at all, or are overstated in light of the study’s findings. Overstated conclusions should be avoided because the data does not support these statements and can mislead the reader. In addition, by not stating the conclusions or implications of the study, the reader may be left unimpressed, and the author loses the ability to guide the interpretation of the data. For example:

“Our findings indicate that X is an excellent vaccine candidate that will cure disease Y.”

“We have demonstrated that treatment X can cure cancer.”

“We have proven that drug Y can prevent disease X.”

“Our findings indicate that X is a potential vaccine candidate for disease Y. Further large-scale studies and clinical trials are required to verify our promising results.”

“We have demonstrated that treatment X is highly efficacious in our animal model of epithelial cancer. Future studies are required to verify our results in humans.”

“We have shown that drug X may have the potential to be used prophylactically to prevent disease X. Further study is warranted to verify our findings in large-scale trials.”

To ensure that the discussion is organized appropriately and contains all essential information, the following structure is recommended: 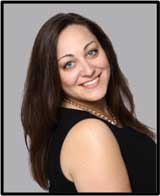