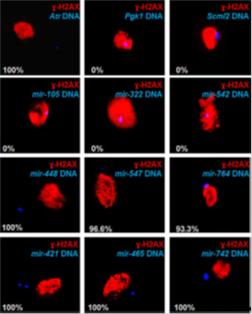 Pulling a MSCI Houdini: Breaking out of the sex body

X chromosome encoded microRNAs (X-miRNA) were initially reported as able to escape meiotic sex chromosome inactivation (MSCI). The Crossover recently described the report by Royo and colleagues asserting that X-miRNAs do not escape and that the apparent signals arose merely from stable or sequestered miRNAs transcribed earlier. A new study by Sosa et al. offers a counterpoint that distinguishes between three distinct types of X-miRNAs: those that don’t escape (I: mir-105, mir-322, and mir-542), escape MSCI (II: mir-448, mir-547, and mir-764), and escape MSCI and post meiotic sex chromatin (PMSC) repression in spermatids as well (III: mir-421, mir-465, and mir-742). This newer analysis identifies one class III X-miRNA (mir-742) that escapes only after a brief repression in the leptotene-zygotene phase, a period in early meiotic prophase when transcription of many genes is dimmed.

Crucially, Sosa et al. use two distinct approaches from Royo et al. First, the former group designed their RNA fluorescence in situ hybridization (RNA-FISH) against the precursor miRNAs (pre-miRNA) intermediate rather than the primary (pri-miRNA) as the latter group did. Second, they analyzed the association of the X-miRNA foci with transcriptionally active RNA polymerase II and transcriptionally inert gH2AX foci. This approach should avoid the potential confounding between new transcription of X-miRNAs during meiotic prophase and stored mature miRNAs and also allowed the authors to draw a parallel between the dynamics and regulation of the analogous process of X chromosome inactivation (XCI) that shuts down one of the pair of X chromosomes during embryogenesis in females. Escaping MSCI or XCI appears to require two similar actions. Both processes have some genes that turn off briefly before turning back on again, and loss of repression is associated with looping out a chromatin domain from the center of repression (XY body and Barr body, Fig 4 from Sosa E et al.). Furthermore, neither being intronic to a multicopy mRNA nor being within the newest evolving region of the X fully accounted for the distinct miRNA escaper classes. 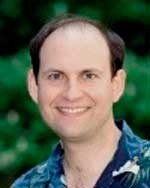